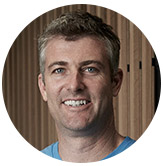 You put a lot of work into gaining your customers.

So once you have them, you don’t want them to simply buy from you once, and then leave you to go out acquiring new customers.

In a world where your competitors are only a click away, it’s not surprising that customer service has been called the new marketing. Excellent customer service will outshine any well-orchestrated PR campaign, no matter how elaborate.

As well as recommending your business to others, it’s no secret that loyal customers tend to buy more, more regularly.

But how do you obtain customer loyalty?

Effective customer relationship management means organising your entire business to focus on the needs of customers. That means learning about your different customer segments and thinking of ways to make life easier for them. It means offering added-value, incentives to stay loyal, and personalised experiences. It means monitoring and analysing the contact you have with your customers, and keeping a continual dialogue with them, where their feedback is welcomed and responded to. You’ll also need to develop a consistent brand and encourage employees to deliver high-quality care.

Or you could simply take inspiration from these excellent customer service examples, and do something that’s so unexpected and delighting that your customers can’t help but spread your name because of it…

1. Responding to a Tweeted request for a steak

Morton’s Steakhouse from the US is (by their own assertion) “widely regarded as the best place for prime steak anywhere”, but they still surprised many when they answered author and business consultant Peter Shankman’s airport-based tweet. Shankman was getting ready to board the final leg of a long day of flying when he tweeted, “Hey, @Mortons - can you meet me at Newark Airport with a porterhouse steak when I land in two hours? K, thanks. :)”

Sure enough, two hours later there stood a tuxedoed man carrying a paper bag consisting of a 24oz Morton’s porterhouse steak, along with all of the trimmings, napkins and cutlery. Someone at Morton’s had seen the tweet, got approval for the idea, arranged for a chef to cook the steak, travelled 23.5 miles to the airport, tracked down Shankman’s flight information, and had worked out where to meet him once off the plane. That’s an impressive amount of effort!

2. Flying a mother-in-law in to deliver eggs

The Ritz-Carlton knows that stories have the power to inspire and motivate employees as well as impress customers. Every day, employees of the Ritz-Carlton around the world gather for 15 minutes to share examples that reinforce their service values. One such story involved a couple travelling with their allergy-suffering son on a trip to Bali. They discovered their specialised eggs and milk had been ruined en route and were devastated. After informing the manager of the Ritz-Carlton Hotel (where they were staying), a quest began to retrieve the ruined items. Unfortunately, no store in Bali sold the products needed, so the hotel’s Executive Chef arranged for his mother-in-law, who lives in Singapore, to go to the store and buy them before boarding a 2.5 hour flight to Bali to deliver them.

3. Taking on board a 3-year-old’s suggestion

When an observant little three-year-old wrote to grocery giant Sainsbury’s to suggest that their “Tiger Bread” be called “Giraffe Bread” due to its colouring and pattern, they were clearly amused. So much so that the little girl received a response from the chain saying, “I think renaming tiger bread giraffe bread is a brilliant idea - it looks much more like the blotches on a giraffe than stripes on a tiger, doesn’t it? It is called tiger bread because the first baker who made it a looong time ago thought it looked stripey like a tiger. Maybe they were a bit silly.” The customer service manager that wrote the letter then went on to change the name of the bread to Giraffe Bread.

4. Sending get well flowers to a customer

If there is ever an example company when it comes to great customer service, it has to be Zappos. The online shoe and clothing store is renowned for the epic lengths it goes to to keep customers happy, and there are so many stories that customers flock to buy their products. Take the story of one lady, who ordered six pairs of shoes for her mother following medical treatment that had left her feet numb and sensitive to pressure. Her mother tried them on but not all of them worked, so she called the company to explain why she was returning so many shoes. Two days later, the mother received a large bouquet of flowers from Zappos, wishing her well and hoping that she recovered from her treatments soon. The customer, her mother, and her sister were also upgraded to Zappos VIP Members.

5. Shielding customers from the rain

This next story shows that gestures don’t have to be grand to get noticed. A Wendy’s employee, having noticed an old man about to step out into the pouring rain, ran outside, picked an umbrella out of an outside table, and held it over the gentleman as he walked from the restaurant to his car. The scene was captured by a man sitting in his vehicle, who then shared an image on Reddit and recounted the story.

6. Sending a personalised birthday gift from the CEO

Valve Corporation is an American video game developer and CEO Gabe Newell has an army of fans. The company today is worth billions of dollars, but no matter how big it gets, Newell is always quick to respond to and address the needs of the company's ever-growing customer base. When one customer asked him to sign a piece of paper and send it to him for his birthday, he went above and beyond to make his birthday gift special. Instead of a piece of paper, Newell sent a Portal mousepad with his signature, and a copy of The Sacrifice with a ton of signatures from Valve employees.

When neighbourhood grocery store Trader Joe’s heard that a local WWII veteran was snowed in at his house with little food, they arranged for a home delivery of low-sodium foods to match his dietary needs. The store doesn’t usually make house calls, but they made an exception at the request of his daughter. Better yet, they didn’t charge a cent for the the delivery or the groceries.

8. A pilot waits for grieving grandfather

A lady rang Southwest Airlines to arrange a flight for her husband, enroute from a business trip in L.A. He needed to get Denver hospital, to see his three-year-old grandson for the last time. The boy, who had been beaten into a coma by his mother’s boyfriend, was being taken off life support that evening. The passenger arrived late to the plane and thought he was going to miss his flight. Fortunately, the pilot, who knew the man’s reason for travel, wasn’t going anywhere without him. The plane had waited.

When the iPad 2 was launched, a man purchased one online only to return it to the company almost immediately. His explanation for returning it came in the form of a Post-It note which simply said “Wife said no”. Return processors must have got a kick out of the note, as not only did they give the man a full refund, they returned the iPad to him with a Post-It note that said, “Apple said yes”.

10. Custom toys for a child in hospital

When Bungie Studios, one of the most beloved game developers in the industry, heard a little fan of Halo was in the hospital at Christmas and unable to enjoy their latest release, they sent him the next best thing. Well actually, something better. The entire Bungie team took turns signing a customised get well soon card (which suggested that “world domination can wait”), and they also sent a custom helmet based off the main character along with shirts, toys and custom art from the game’s designers.

The message? Go above and beyond

Stories are one of the most powerful marketing tools you can harness. Customers love to share their positive experiences, so if you can find ways to surprise them by going above and beyond just like these companies did, you’ll be sure to win their loyalty.